Posted by Victoria Reynolds on
· No Comments

Knowing what I now know through listening to my inner truth, Easter has a whole new meaning from what I once believed. For me it is a celebration of the Divine Feminine.

As a little girl I was taught that Easter was a Pagan holiday and should not be celebrated. Although I had no idea what “Pagan” meant, it was clear by the way my parents talked about it that was evil and it was something to fear. In the tiny commune of my childhood only holidays that were sanctioned by our unique brand of religion were recognized and celebrated. We celebrated the death and resurrection of Jesus on the 6th of April every year, rather than following the phases of the sun and moon that determine Easter’s dates. 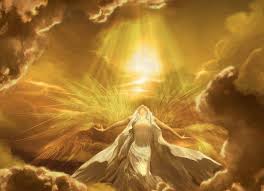 By the time I reached high school the eggs, bunnies and other Pagan Easter traditions could no longer be squelched, although for many years I felt very confused about what bunnies and eggs and phases of the moon had to do with The Christ’s resurrection. As I began researching what I call “the evolution of belief,” I began to understand how Christian holidays merged with pre-existing traditions that celebrated and worshiped the Mother. Individuals were allowed to keep their traditions if they disavowed their beliefs and became Christian, or succumb to death for not conforming.  As religion came to rule the world, humans began to see worshiping the Divine Feminine as something to fear, feminine gifts were considered witchcraft and all things feminine were reduced to near nothingness. The more than men and their religions ruled the world the less valuable women and spirituality became.

Unfortunately, in our collective evolution, much of humanity stopped recognizing the Divine Feminine when man created God in man’s image.  Slowly She almost ceased to exist. Were in not for the indigenous peoples and polytheistic beliefs, we may have destroyed Her, and ourselves, altogether.

Each year when we celebrate all of the Goddesses represented by Easter traditions, and the resurrection of Jesus in Christianity, we are celebrating life being restored to it’s fullness as new life emerges from the depths of the earth to live again, renewed and whole it is perfection. We are celebrating Her resurrection.

Victoria is a Story-Healer, Author, Speaker and Filmmaker. She uses her own personal unique blend of business, learning experiences and spiritual psychology to help others have their voices and messages heard.